We are workin in the “renta 2013″ campaign. In our firm we have a special offer in that subject. And as a picture is worth a thousand words… 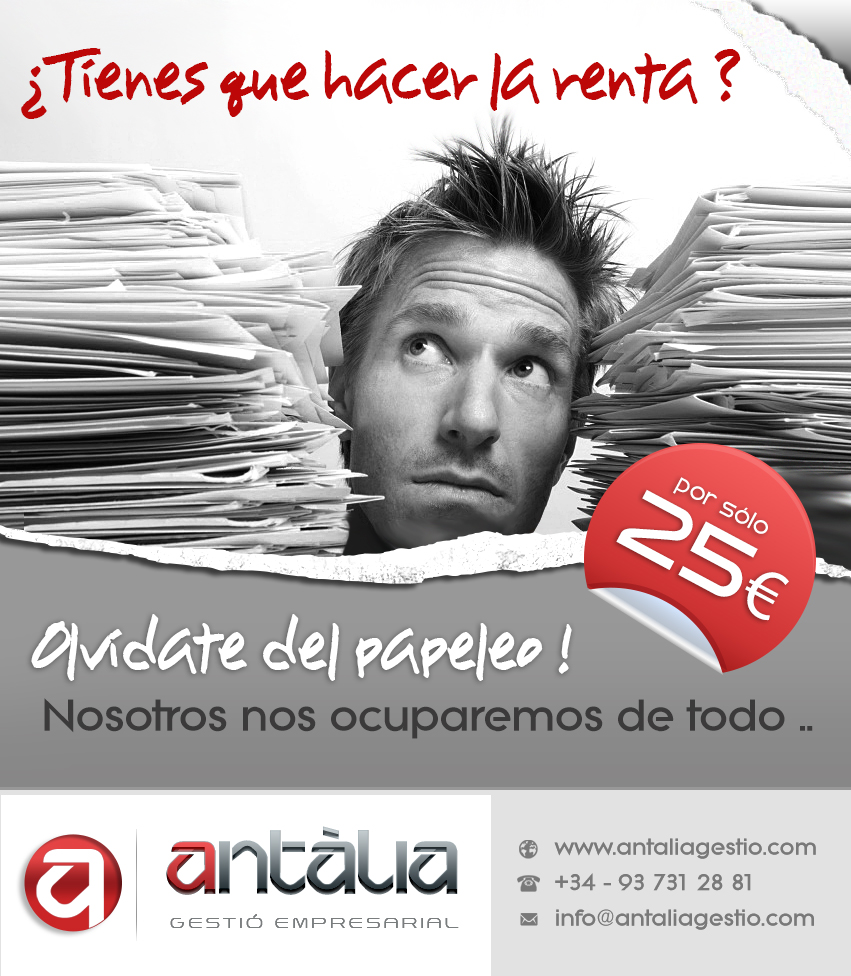 Sorry, this entry is only available in Español and Català. 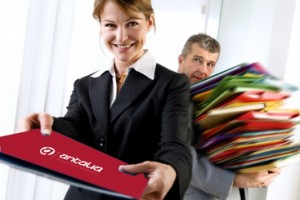 I would like dealing with humor in a topic that probably all we found: excessive bureaucracy procedures to contribuient, entrepreneurial, self dazed and make it look like an obstacle course to get all the paperwork to start an activity …

As in the times the humor is not to be missed, see this video and tell us if you have not heard logged …

This video has been made by: Instituto del Cine Madrid.

Are you smiling? That was the objective…

The Government has aproved the 6th september 2011, the Plan for the Unic Window implantació the Single Business, through vol boost qual is changing the relations between their model of the companies and the Administration. Going on with the duta the tavern from 1990 to terme des per l’Office Business Gestió (OGE), the Single Business Window is that inter-xarxa tea per Objectiu facilitate dels procediments gestió administratius of them diferents administrations Publiques-central, regional local i – affecting them entrepreneurs people, leaders and Intermediates, during all the life cicle of the company.

The Pla has fixed some events to reach in 2014 like principal objectives: 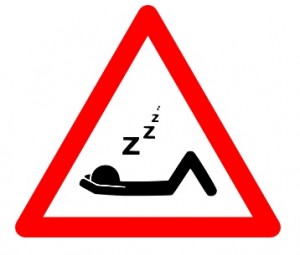 A community of owners, has different legal mechanisms to defend against unwanted noise that affect the good relations within the Antalya comunidad.Desde Gestió-Communities, we believe that we must distinguish two large groups where they can divide the problems of noise and nuisance and anti-juridical.

The alleged noise POSE be caused by different sources, types, installations of any kind in local machinery of industrial and domestic, music, discussions, scandals by the owner / s of the property or his / s occupant / s, which harm the friendliness individually to one or more persons in a community, but NOT to the homeowners as a whole. In this case, legal action to be followed are governed by Article 1902 of the Civil Code, CHAPTER II. OBLIGATION ARE BORN OF GUILT OR NEGLIGENCE, requesting the cessation of such sounds, and compensation for damages caused.

What is the procedure to follow from that time?
Protected by the Horizontal Property Act, Law 49/1960 of July 21, as amended by Law 8/1999 of April 6, provides a specific procedure for causing nuisance and illegal activities, where activities incriben noisy, as specified in Article 7.2 of the LPH, consisting of:
“III. The procedure of Article 7.2 LPH
Article 7.2 LPH, marks the first of those paragraphs that “the president of the community, on its own initiative or any of the owners or occupants who perform the required activities prohibited by this subsection to desist from them, under penalty to initiate court action. “

Thus, regardless of the possible contacts between the neighbor or neighbors, unregulated legally, but socially quite effective in some cases, the Chairman of the community to urge the neighbor to cease the harmful activity, failing to start appropriate action.
In many cases this will be the proper administrator of property owners which lead to harmful neighbor instead of the president, although the law expressly states nothing about it. Nothing is noted on the form but must contain reliably performing this warning. But the offender may persist in behavior, and continue to make the harmful conduct.

“If the offender persists in his conduct, the Chairman-Administrator, upon approval of the Board of Owners duly called for that purpose, may institute injunction against him, in matters not covered in this article, shall be conducted through the trial ordinary. “

Since we we frame in the Judiciary: failed of court (friendly), calls the injunction by the president, with the authorization of the Board of Proprietors. It does not fit to be the administrator, it is the president who holds legally represent the community, both in and out of it, in all matters related thereto, pursuant to Article 13.3 LPH. The taxpayer is the offender owns or mere occupant.

The court may, at first, take such precautionary measures as appropriate: “If you filed the complaint, accompanied by the accreditation requirement of notice to the offender and the certification of the resolution adopted by the Board of Proprietors, the judge may order as a precautionary measure the immediate cessation of the activity prohibited under pain of committing a crime of disobedience. may also adopt any precautionary measures necessary to ensure the effectiveness of the injunction. The action shall be brought against the owner and, where appropriate, against the occupant of the house or premises. “

Therefore, precautionary, while substantially the process, the occupant dañante should stop playing the piano, performing industrial activities, hospitality and professional questioning, without prejudice to finally decide who really is or not.
And finally there will be judgment terminating the litigation and the activity qualifies as annoying, unhealthy, harmful or dangerous, or not.

“If the judgment may provide estimative was also the final cessation of the prohibited activity and compensation for damages appropriate deprivation of the right to use their unit for no more than three years, depending of gravity of the infringement and the damages caused to the community. If the offender is not the owner, the judgment may definitely terminate all rights to their unit and their immediate release. “

Therefore, the activity can not be considered annoying, harmful, unhealthy or dangerous, and can continue to develop properly. Considering that fits into one of these categories, you can have the final cessation of the activity, and the timely repair of damage, in nature as far as possible, or payment of compensation for damages and , in particularly serious cases, it may deprive the right to use the premises or property for no more than three years.

The tax amnesty can “repatriate” capital of Spain is now likely to be offshore. And emerge capital being in the Spanish territory was not legally declared, with the payment of 10% (for individuals) or 8% (for companies) without a penalty. And we face if it may conflict with existing law 10/2012 law of money laundering and terrorist financing.

Law 10/2010 imposes controls to restrict the ease of movement of capital from black money laundering and terrorism, in all areas of society and proposes a series of punitive measures in case of not complying.

All these questions and more, they must be met for non-compliance is punished administratively: Very serious offenses, serious and minor, and criminal responsibility (Article 301 and other Criminal Code).
We must clarify that the offense of money laundering is not only the flowering of goods made from an illegal activity, but the concealment or disguise the illicit origin of the same.

The consequences of breaking the law 10/2012 which in severe cases can lead to criminal offense and includes tax consulting, accounting and as obligated by that law

Those who were already being investigated by Spanish public finances do not fall within the umbrella of the recently announced “tax amnesty”. All other taxpayers can receive.

With the tax amnesty law, these control requirements by tax advisers and accountants, are temporarily relieved because the “dubious” of operations is no longer questioned. 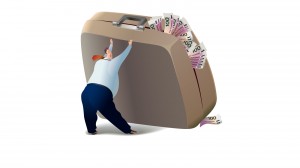 The “amnesty” tax seeks to promote the capital (money now abroad) to return to Spain or hidden capital (money is not taxable) within the country be relieved of any penalties or sanctions, to be surfaced.

The Government will act on three fronts:
A. – There will be a special type of 8% for the repatriation of dividends or income from asset sales.
2. – Individuals have a temporary program to declare undeclared assets in Spain and outside of Spain until 30 November.
3. – Another special assessment is approved ara companies and individuals who need only pay 10% of the capital emerged,

These three measures are aimed at increasing the tax base, which has been greatly reduced in recent years by the crisis and end the current situation where many companies taxed abroad but are based in Spain.

Antalia Gestió Empresarial, s.l. makes you just a click the link in the Official Calendar for the year 2012 Taxpayer has carried out the tax.

to facilitate the reminder of all our tax obligations, organized for months. 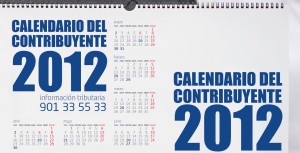 We congratulate the parties to all our friends and customers ANTALIA.

To start all a good start we’ll give you a calendar of 2012, the festivities included. The work to be planned in advance, for this we must address the planning of 2012, with news already announced by the new executive.

Please note that the bridges pass to MONDAY!

To get it, just click here -> calendar. And you attach a picture of it. 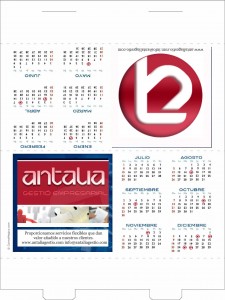 Good start to the year and happy holidays, we wish you the human team members,

Well, we’re about to release the Partial Amendment to the Capital Companies Act, approved and published by BOE on 01.08.2011. So that everyone can have the full text, put here the link to the full text of the Reform–> click here.

For anyone who wants to know what affects us is the recent reform of Capital Companies Act, we will discuss shortly some of its contents.